” In my personal opinion, I don’t think Polygamy is a sin. Scripture is crystal clear that God Himself gave David many wives-2 Samuel 12:8. Abraham, Jacob, and many Godly men were polygamists, and it was a regular way of life in Scripture amongst everyday people. For instance, Samuel’s father, Elkanah, was a polygamist-1 Samuel 1:2. Polygamy is only forbidden for Bishops, overseers, and elders in the church-1 Timothy 3:2. Monogamy is a Western construct, not a Christian one. The modern marriage vows we use in Black Africa are a curse. It is not Scriptural. If you can show It to me in Scripture, I will give you $50,000.  It was adopted from Europe. It is very hard for a single woman to satisfy the libido of a normal man. And this is the reason we have such a high rate of what we call cheating in our society. Compare the rate of cheating in Europe and America, with that of Saudi Arabia and Jordan and my point becomes clear.
Sadly, Black Africans have accepted this Western construct as a Christian one. This is why we are now becoming tolerant of same-sex marriage, and are very intolerant of polygamy. Meanwhile, you find polygamy in Scripture-Exodus 21:10, and the very thought of the other is abominable according to Scripture-Leviticus 18:22. I will not counsel any man to marry more than one wife, but I will say that polygamy is by far better than adultery and fornication. But, these are my personal views”.(Reno) 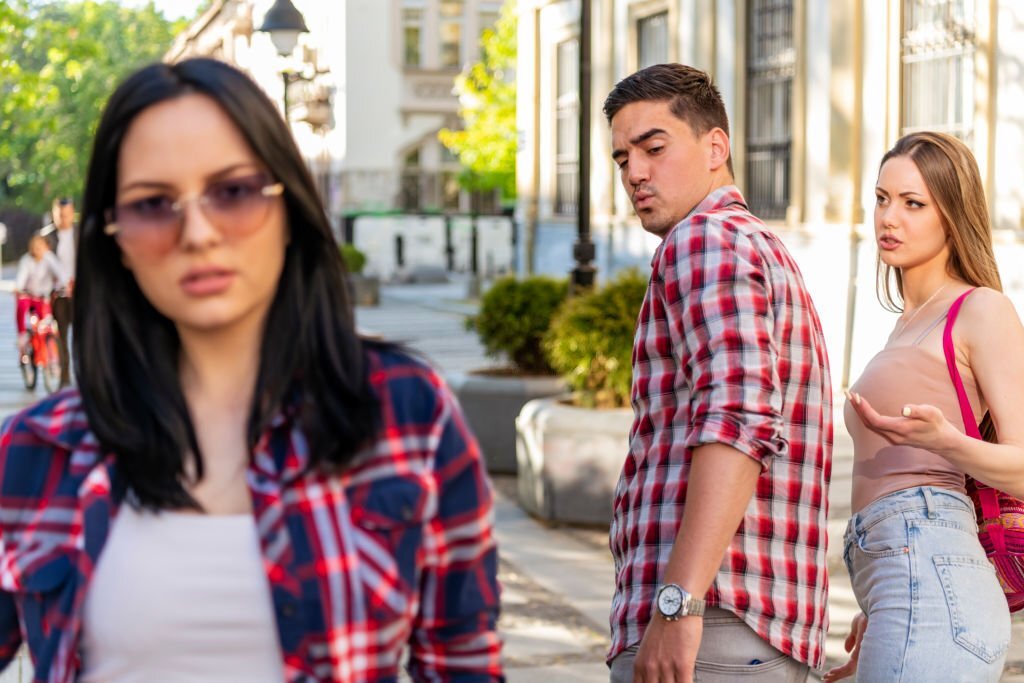 “It is hard for one woman to satisfy the high libido of a man. That’s why we have a high rate of cheating in society.”~ Reno Omokri
“This is not true.
Men cheat for 3 major reasons…
1. Indiscipline
2. Emotional Entanglement most times from Pity for a Vulnerable woman.
3. Curiosity and weird imaginations
Let me explain in detail…
Indiscipline because most of us men were raised by fathers who believed that it’s a man’s world and men can get away with sexual indiscipline. We are somehow products of patriarchy. That’s why men raised by exposed women better behaved with the opposite sex than most of us raised by traditional men.
The second most popular reason why most GOOD men cheat is very tricky. Men are wired to protect, provide and lead. If a man gets close to a Vulnerable woman, he could be tempted to provide for her, protect her and lead her. This leads to an emotional Entanglement which usually grows into an affair. Most GOOD men end up in emotional Entanglements while trying to help. This is why I said it is very tricky…
Most honest and responsible men who got into an affair can agree that they weren’t actually trying to cure their high libido. No. In fact, they thought they were strong enough to resist temptations but they didn’t know the magnetic power of a woman in tears. It goes from wiping her tears to wiping ‘other things.’
And lastly, curiosity and weird imaginations. Men are curious beings! Men are also imaginative. The imaginations of a man can either take him to the bedroom or take him to the boardroom. It is out of curiosity and imagination that a man would pay for a first-class flight ticket to import a Brazilian girl from Brazil to have sex with him in Abuja. It is not his high libido, It is his weird imagination at work! Men don’t cheat because their wives couldn’t satisfy them sexually. No. You can be married to a hot Sex machine and cheat with a boring woman to whom you are emotionally attached. Guess what? A man who hasn’t even satisfied his wife at home can still fall into an affair. In fact, I know cases where the wife is the one with a high libido and the man couldn’t satisfy her but still goes around looking to satisfy his weird imaginations, It’s beyond high libido. It’s in our mindset – all of us, I’m not counting myself out. Men cheat because we lack self-control, we get emotionally entangled with a Vulnerable woman, curious or entertain weird imaginations or sexual fantasies.
High libido is not unique to men. Women also have a high libido. But men have a “superman complex” which most times destroys us more than it builds us.
Think about this” (Charles responding to Reno)

I am very certain that in this life’s reality we may not exhaust this particular topic on the whys. History has it that my forefathers practiced polygamous families for different reasons and surprisingly “weird imaginations” SEX was not on the bucket lists. let’s look at some of these reasons; My grandfather Married 2 wives because 1. He was a king and a great Yam farmer (Oba Ji) 2. His first wife didn’t bore him a son and we all know how sons are very vital in African culture and settings for legacy and name-keeping sake. Menstrual period (Nso Nwanyi) A woman lives apart from their husband and neither cooks nor enters their husband’s quarters when she’s in her period. Other wives take over the duties. Leviticus 15:19-20.Convert a dead brother’s wife (Ikuchi Nwanyi) its been practiced to take over a late brother’s wife into marriage after she had been widowed. Deu 25:5. When a maiden is with a child without being married, her child automatically belongs to her father hence the man who impregnated her will hurriedly marry her before she bears her child. It is an abomination to be pregnant outside wedlock in Igbo land, also a child is not rejected or stigmatized as children are seen as gifts from gods. (Amaro afo ga amu eze, You do not know the womb that would give birth to a king) is normally used when a maiden gave birth in her father’s house. For farming purposes, the larger your family is, the more farmland and crops you can produce. For titled men, multiple wives are appropriate. when the first wife is barren, another woman is married. Wombmen (women) are very powerful beings that many men back then took as many because of their different powerful energies which they harness and tapped into to their advantage. This particular one is very deep and interesting. These and more are how a monogamous family could turn into a polygamous one then and peace to a certain extent is maintained. There are so many other reasons, one may find in their culture as an African, the history above is for Igbos in western Africa Nigeria.

While is not a sin to be a polygamist as we have seen that African culture endorsed and accepted it, one should carefully think through the financial, health, emotional, and psychological consequences of entangling with multiple women and a larger family. There are always unresolved disputes, rifts, jealousy, unhealthy competition, neglect, and abuse of all sorts. Yes, some folks may argue that they have maintained a certain level of sanity and provision for all wives/women and children but the fact remains that it won’t amount to as close as when you are with one man/woman. The obvious reasons for being polygamous in this 21century clearly differ from our forefathers. Before any man then takes another wife, he will respectfully consult his first wife on the matter, in most cases, the first wife will be the one to choose her co-wife. This is a rare scenario now as many men are wandering with their imaginations and porosity hence bringing heartaches and more problems to themselves and their families. As marriage is being seen as a contract nowadays, I feel this should be a clause to be ironed drastically seeing that many women are not cut in sharing the same man. Oh well, I guess there is no absolute solution to this decision just in the middle of monogamous marriage. As long as there’s a side chicken,(concubine) side children, and side cock, they are all on the same table. Many of us may not know the pain of polygamy, some of us may not have an idea of the deep disconnect, distrust, and unfriendliness that exist between children from polygamy especially those linked by paternity. We may not have any clue of the mystical and spiritual battles they undergo. Unfortunately, when it suits men, they quote tradition, Tradition involves, Tradition is made by the people, the people are not made by Tradition. Polygamy may be Terrible as there will never be a stable peace.